Ok, maybe wearing denim cut-offs and a pseudo crop top wasn't the best idea for a day adventure around Jerusalem... but it also wasn't the worst!

My favorite part of today was wandering inside the walls of the Old City in Jerusalem and observing the strong, distinct cultures. The Armenians, the Bedouins, the Orthodox Jews, the Arabs... it was like a cultural Cobb salad! {You know, the kind that is served on one plate, but completely sectioned off by ingredient?}

I bought a backgammon board from the Armenian section, a pair of killer drop crotch pants from the Bedouins, a Hamsa from the Jewish quarters, and spices from the Arabs. It was my very own Cobb salad-- the Elshane's World way! ;) 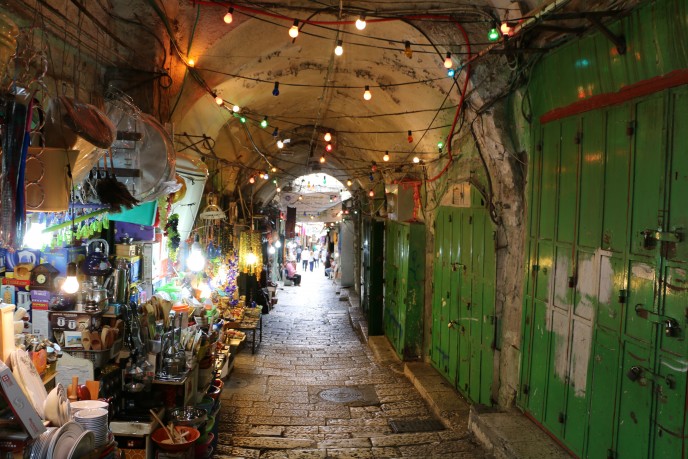 HI! IT'S ELSHANE FROM NEW YORK, NY
(BY WAY OF LOS ANGELES)

I STARTED MY BLOG IN 2010 AS A WAY TO ARCHIVE ALL OF THE ONE-OF-A-KIND RUNWAY PIECES THAT I OWNED FROM WORKING AS THE IN-HOUSE STYLIST FOR DIANE VON FURSTENBERG IN NYC.

THEN, IT ALL HAPPENED SO FAST... BIO